Researchers from Ohio State University have made the most sophisticated lab-grown brain yet, according to results presented yesterday at the 2015 Military Health System Research Symposium. It could provide a new way to understand how genes and environmental factors influence the central nervous system, and provide a cheaper and more ethical way to test how drugs affect the brain. 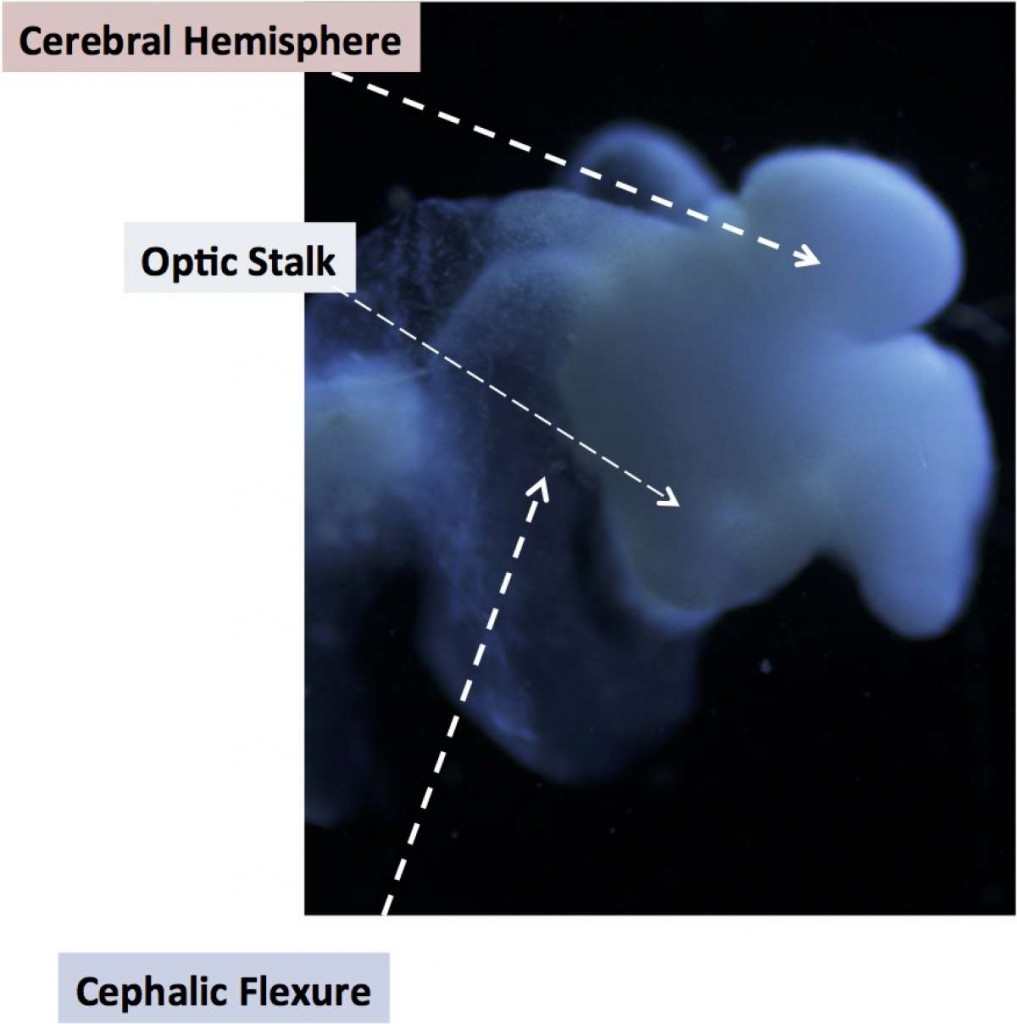 The organoid, about the size of a pencil eraser, is made from pluripotent stem cells, which can be programmed to become any type of cell found in the body. Researchers all over the world have used stem cells derived from skin to grow any kind of organ you can imagine in the lab, but the brain is the “holy grail” because it’s so much more complex, according to Rene Anand, the chemist and neuroscientist behind the work.

Using specific cellular triggers inspired by the development of a human fetus, Anand and his collaborators coaxed the stem cells into a brain structure, the equivalent of what would be found in a fetus just five weeks into its development. After growing for 12 weeks in the lab, the organoid contains 99 percent of the genes found in its human corollary. It also contains all the major parts of the brain, a spinal cord, the different types of cells that make up these various parts, signaling circuitry, and a retina, according to a press release from Ohio State University.