The Lumosity study demonstrates that cognitive training can have highly beneficial real-world benefits for seniors. 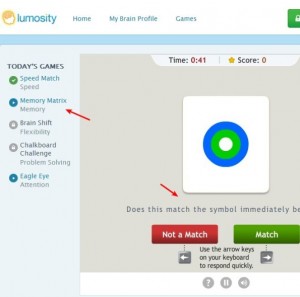 One area of active research in brain training is the cognitive decline associated with the normal course of aging. The Advanced Cognitive Training for Independent and Vital Elderly (ACTIVE) study was a large, randomized, controlled trial testing the effects of three kinds of cognitive training (Ball, et al., 2002). The 2832 participants, all 65 years of age or older, were randomly assigned to one of four conditions. One group received no training, and served as the control. The three intervention groups received either memory, reasoning, or speed of processing training. Participants in each intervention underwent approximately 10 one-hour sessions of training over about six weeks. In the reasoning intervention, participants worked with trainers to learn and practice skills related to inductive reasoning and problem solving. The memory training focused on verbal episodic memory, and taught participants to use mnemonic strategies for remembering lists and other specific information. The speed of processing training involved a computer-based training procedure that required participants to simultaneously identify a central visual target and locate another stimulus in the periphery.

A number of interesting results have come out of this very large NIH-funded trial. Unsurprisingly, participants in all groups learned to perform the training tasks more efficiently. What was more impressive was that the effects of the training generalized to measures of real-world function. For example, those receiving training showed slower declines in instrumental activities of daily living (IADLs) than the controls, and these differences were significant for the speed of processing and reasoning groups (Willis, et al., 2006). These functional benefits were observed five years after training was completed, indicating that the benefits were sustained for a substantial period of time. The ACTIVE study demonstrates that cognitive training can have highly beneficial real-world benefits for seniors.